You are here: Home / Child Development / How Does Sleep Affect Language Development?

Understanding child development is an essential factor in being a parent. You’ll likely already be aware of the fact that a lack of sleep affects the brain and causes more instability with emotions.

Additionally, studies have established that not getting the required level of sound slumber can affect both the memory and language development in babies who are under seven months of age.

We’re going to shed some light on how sleep affects language development through the findings that were established via four separate, scientific studies on this topic. 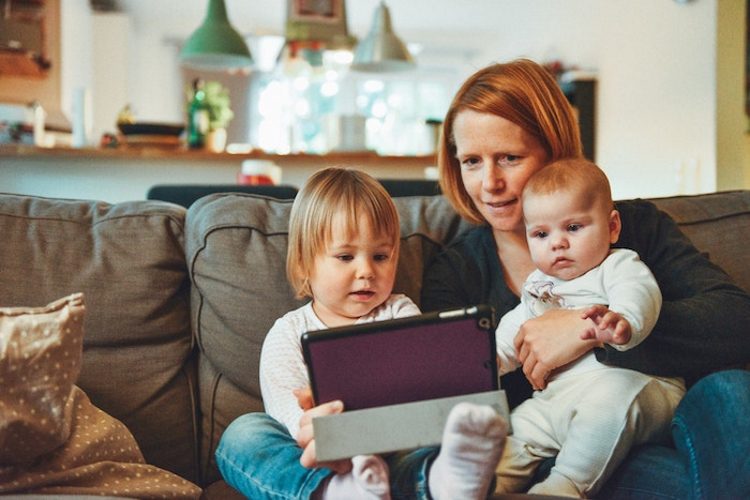 Research on Sleep and Language Development

Infant sleep enables the withholding and organisation of recent memories

In 2017, research unveiled in the journal Brain & Language was carried out to define the consequence of sleep on language learning in infants.

Between two groups, there were babies in a nap group who listened to a stream of artificial words for seven minutes around 30 minutes before their estimated nap time. Once the babies drifted off, they were laid into a crib and their sleep was monitored until the point at which they woke up naturally.

The second group, had babies take no naps whatsoever but they did listen to the same stream of words for an equal amount of time, while then being quietly entertained with toys for a period of time that corresponded with the nap duration of babies in the first (nap) group.

The word retention that the babies had was measured using what is known as the Head-Turn Preference Procedure; this is a methodology adopted by researchers to quantify infants’ and toddlers’ spontaneous behaviour in terms of looking and listening toward auditory and visual stimuli. This technique is used as it is an effective way to examine infant speech perception.

The researchers discovered that the children in the study who slept were more superior at remembering the words they were exposed to in comparison to the babies who didn’t rest. As such, the study’s authors put forward that getting quality sleep benefits language encoding and retention, while also accumulating over time.

An earlier study released two years prior in 2015 found that infants between nine and sixteen months old who napped had enhanced ability to recall words and understanding their meaning compared to infants who stayed awake. The study’s authors determined that infant sleep enables the withholding and organisation of recent memories.

So, where do power naps come into the equation?

Both of the studies we’ve covered highlight how sleep plays such a pivotal role in language development and offer us some interesting insight into the key component of napping too.

In fact, the naps that the children took weren’t particularly long. When looking to the 2015 study, the infants performed better when they had enjoyed an average nap time of only three-quarters of an hour. As for the results of the 2017 study, the findings were that nap durations averaged one hour and four minutes.

The Sleep Advisor is just one of the many websites that have associated articles offering support of naps and how they offer children with some much-needed downtime to allow for growth and rejuvenation.

Additionally, naps aiding in keeping infants from reaching states of overtiredness, and this is important to avoid as it takes a toll on their moods as well as creating more difficulty with them falling asleep at night.

The importance of sleep in early childhood

Restricted sleep has the capability to alter children’s initial stages of speech perception, and this can contribute to interferences with their cognitive and linguistic functioning

In 2007, an article was published which referred to the fact that short sleep duration over the initial three years of life for a child is linked to lower cognitive performance on developmental tests at the age of six and is also associated to hyperactivity too.

Essentially, what the study is presenting us with is proof that low-quality sleep in early childhood can cause long-term negative effects.

A fourth study, which examined the impact of sleep in school-age children proposes that even mild sleep loss leads to notable deficits in their cognitive development and functioning.

Restricted sleep has the capability to alter children’s initial stages of speech perception, and this can contribute to interferences with their cognitive and linguistic functioning; both of which are skills required language development and comprehension along with reading ability, research confirms.

As a matter of fact, the study found that sleep loss of just one hour less a night for seven nights gives children unwanted disruptions in neurocognitive functioning. This is crucial to avoid because the early school years are fundamental windows that act to determine learning in the future.

With this in mind, it’s imperative that children are regularly well-rested so that they can be best prepared for the learning and developments in every school day.

If you’re unsure on how much sleep your child should be getting, experts recommend that children receive the right amount of sleep for their age range which you can refer to below:

Lastly, it’s worth mentioning that while these hours of sleep are recommended guidelines, it is also perfectly acceptable for your child to sleep for around two hours more or less of these parameters.

ADAM & Mila contributor Sarah Cummings wrote this article. Follow Sarah on her blog over at sleepadvisor.org

1 People Like this article!, cast your vote to help this article feature higher in our rankings.