Sleep is good for us. We’ve always known that. Just how good however, is something we’re only starting to fathom thanks to recent advances in medical science. 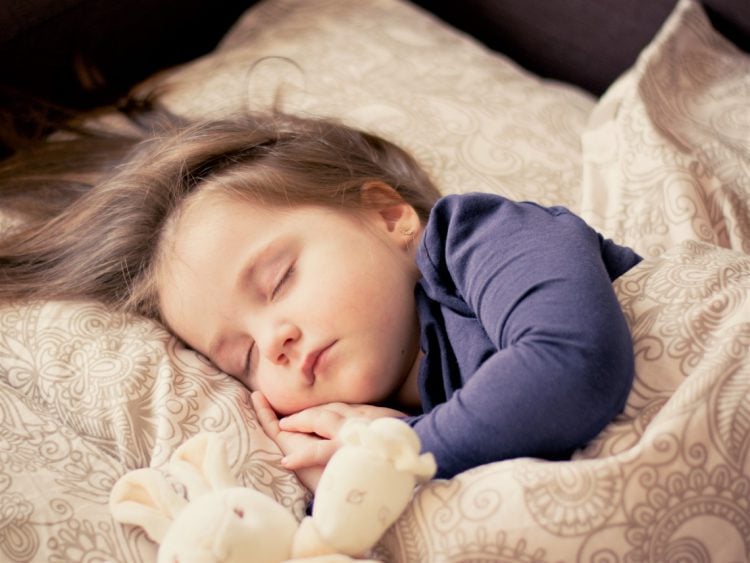 Each passing day seems to reveal the findings of a new study. Almost without fail the advice released is that sleep is essential for our health and that we should get more of it.

What’s striking however, is that the majority of what we now know about sleep concerns adults. The impact of sleep deprivation in children, and infants especially, is far less well established.

This is partially due to difficulties in conducting research on children for ethical reasons. We can’t go deliberately keeping the little ones up all night can we!

What little we do know however suggests that sleep plays an extremely important role in infant brain development, the impact of which can obviously have a profound impact on their later life.

Below we take a look at early brain development, the impact of sleep problems at an early age and what we can do to help our children get better sleep…

The speed an infant’s brain develops in the first few years of life is quite astounding. During the first three years of life a baby’s brain will triple in weight and around 1,000 trillion nerve connections will be established.

In fact by the age of three, a toddler has twice the number of neural connections the typical full grown adult has. Redundant connections are then lost throughout adolescent due to a process known as ‘synaptic pruning’.

Every single thing an infant hears, sees, touches, smells or is basically exposed to in any way has an impact on how their brain architecture develops. That’s why we refer to their brains as sponges.

Read our guide to Brain Development of Children

The mindboggling development of an infant’s brain takes a lot of energy. It’s thought that a baby’s brain can use up to 50% of their total glucose supply. This, in part, is why our bundles of joy sleep so very much.

Since their brains develop at such a rate and since they spend over half their time asleep, babies its unsurprising then that the quality of a child’s sleeps can impact the development of their brain.

So what do we know? Well, it’s thought that not getting enough sleep can impact the proper development the posterior brain regions and the myelin areas, parts of the brain that control how they take in information around them. In effect, their sponges become less spongy, if you will.

One long term study known as the Millennium Cohort followed 11,000 infants born in the UK in 2000-1. Researchers studying the data found that children who had less regular bedtimes before the age of three lagged behind their well-rested contemporaries academically by the age of seven.

The poor sleepers were shown to be significantly less proficient in reading, maths and even spatial awareness. Amanda Slacker a professor from University College London who has studied the Millenium Cohort data explains the problem, stating:

“If a child is having irregular bedtimes at a young age, they’re not synthesising all the information around them at that age, and they’ve got a harder job to do when they are older. It sets them off on a more difficult path.”

The findings of the Millenium Cohort study were later corroborated by a similar Canadian study published by the journal Sleep. This research found a similar negative impact on reading and language ability.

It also reported that infants who slept less than 10 hours a night were also more likely to develop attention related disorders, such as ADHD. Yikes!

How to encourage healthy sleep in infants

Even at a very young age infants display very different personalities. Some are bedtime angels others are waking nightmares, (speaking of bad dreams, find out here how to avoid them). If your nipper falls into the latter category here are a few tips that may help:

Keep strict routines: The human body adores routine. No matter the age. Keeping a regular routine when it comes to bed and nap times will help your infant find sleep. Do whatever you can to ensure they’re tucked up at a similar time each night.

Avoid Screens: The temptation to placate a screaming toddler by plonking them in front of the tv or tablet is sometimes overwhelming. The problem is overstimulation – it plays havoc with their desire to sleep. If you do have to resort to screens make sure to build in at least an hour (or two) of screen free wind-down time before bedtime.

Create a sleep sanctuary: An infant’s bedroom should be a place of complete calm and quiet. The colours should be muted and restful rather than bright and over-stimulating and toys should be kept well out of view, if possible. You want to make their bedroom a place of peace, rather than one of play.

So, there you have it – how your baby sleeps can, it seems, have a profound and lasting impact on the rest of their lives. Better get the little one off to bed!

ADAM & Mila contributor Sarah Cummings wrote this article. Follow Sarah on her blog over at sleepadvisor.org

7 People Like this article!, cast your vote to help this article feature higher in our rankings.

How Does Sleep Affect Language Development?
The 5 Principles of Planning Your Child’s Playtime
Late Nights May Affect Children’s Brain Development
The Art of Teaching Perseverance To Your Kids
Art for Kids: How Art Plays a Role in Early Childhood Development
Brain Development of Children from 0-6 years – Facts every parent should know